The Board of Directors determines policy and procedure, creates strategic plans and goals, and oversees the church’s finances. You'll find meeting minutes on the Recent Publications page. 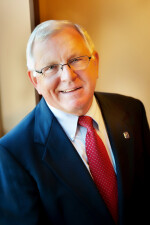 Jeff and his wife Marcia have been members of WBLUMC since February 1984. Their two children, Anna and Andrew, grew up and were confirmed in the church. Anna still attends with her two children, Calvin and Francesca. Andrew lives in St. Paul. Jeff works in Senior Housing Management for Ebenezer and plans to retire in May 2019. Jeff has served as an Usher and on the Board of Trustees and the Staff-Parish, Finance, and Small Group Ministries committees as well as many others over the past 34 years. 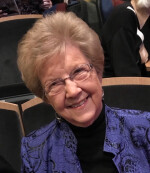 Ginger, her husband, John Davis, their four sons moved to Minnesota in 1974. John had served Methodist churches in Montana and Colorado. He served as a counselor to clergy of all denominations at the North Central Career Development Center in New Brighton for 22 years.

Ginger was a member of Brooklyn United Methodist Church for 36 years. She served on the Staff Parish Committee, the Worship Committee and was chair of the Administrative Board.

During her professional career, Ginger taught high school English and reading for 30 years. In Minnesota she taught at St. Anthony Village High School for two years and at Park Center High School in the Osseo District for 20 years. 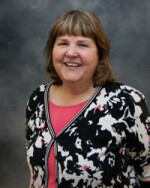 Bonnie Greenleaf is a project manager for the U.S. Army Corps of Engineers. She has served on several other church committees over the past years and currently enjoys helping with the Meditation Garden and participating in Book Club.

Margie has spent her professional life working as a medical librarian, mostly for medical device companies, including Boston Scientific. She is a 20+ year member of WBLUMC and has been actively involved on numerous committees and projects. Her children Davis and Clare are both confirmands and ASP alumni. She lives in Mahtomedi with her husband Dorian and their high energy bluetick coonhound Leah. In her spare time, Margie likes to sew, nordic ski, bike, and travel. 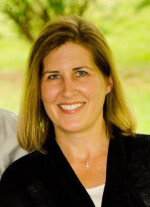 Julie Perreira and her husband Terry have been members of WBLUMC for 24 years. Julie works for Regions Hospital as a medical coder. She also spends her time volunteering with youth activities in the White Bear Lake school district, primarily involving theater and choir as well as the various athletic teams her three children have been involved in through the years. 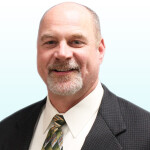 Al and his wife Nancy have been members of WBLUMC since 1985. Their three children, Katie, Mike, and Derek, grew up in and were confirmed in the church. Al and Nancy have been very involved in missions and have been part of Appalachian Service Project (ASP) for over 15 years. Al has served in multiple capacities over the years—Sunday School teacher, Finance Committee, Men's Club Wild Game Dinner organizer, and more. He currently works as the Business Unit President for Travel Tags, Incorporated, a Taylor Corporation Company. 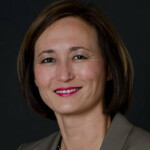 Amy currently works for a healthcare start-up based in Minnesota that focuses on specialty pharmacy, one of the fastest growing sectors within healthcare. Her career has included leadership roles in media, technology, and healthcare for well-funded start-up companies, large private companies, and a Fortune 50 corporation. She and husband, Mike, joined WBLUMC about ten years ago, contributing to the church’s membership over the years with the addition of three delightful children. Her church roles have included Sunday School teacher/helper, UMW Program Resources, and Board member.

Home | About | Board of Directors