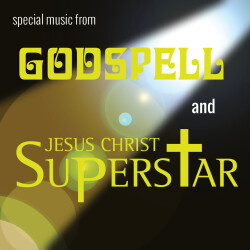 As they approached Jerusalem and came to Bethphage on the Mount of Olives, Jesus sent two disciples, saying to them, “Go to the village ahead of you, and at once you will find a donkey tied there, with her colt by her. Untie them and bring them to me. If anyone says anything to you, say that the Lord needs them, and he will send them right away.” This took place to fulfill what was spoken through the prophet: “Say to Daughter Zion, ‘See, your king comes to you, gentle and riding on a donkey, and on a colt, the foal of a donkey.’” The disciples went and did as Jesus had instructed them. They brought the donkey and the colt and placed their cloaks on them for Jesus to sit on. A very large crowd spread their cloaks on the road, while others cut branches from the trees and spread them on the road. The crowds that went ahead of him and those that followed shouted, “Hosanna to the Son of David!" “Blessed is he who comes in the name of the Lord!” “Hosanna in the highest heaven!” When Jesus entered Jerusalem, the whole city was stirred and asked, “Who is this?” The crowds answered, “This is Jesus, the prophet from Nazareth in Galilee.”

Now it was the governor’s custom at the festival to release a prisoner chosen by the crowd. At that time they had a well-known prisoner whose name was Jesus Barabbas. So when the crowd had gathered, Pilate asked them, “Which one do you want me to release to you: Jesus Barabbas, or Jesus who is called the Messiah?” For he knew it was out of self-interest that they had handed Jesus over to him. While Pilate was sitting on the judge’s seat, his wife sent him this message: “Don’t have anything to do with that innocent man, for I have suffered a great deal today in a dream because of him.” But the chief priests and the elders persuaded the crowd to ask for Barabbas and to have Jesus executed. “Which of the two do you want me to release to you?” asked the governor. “Barabbas,” they answered. “What shall I do, then, with Jesus who is called the Messiah?” Pilate asked. They all answered, “Crucify him!” “Why? What crime has he committed?” asked Pilate. But they shouted all the louder, “Crucify him!” When Pilate saw that he was getting nowhere, but that instead an uproar was starting, he took water and washed his hands in front of the crowd. “I am innocent of this man’s blood,” he said. “It is your responsibility!” All the people answered, “His blood is on us and on our children!” Then he released Barabbas to them. But he had Jesus flogged, and handed him over to be crucified.

"Turn Back, Oh Man!" (Delta Center for the Arts)

Then the governor’s soldiers took Jesus into the Praetorium and gathered the whole company of soldiers around him. They stripped him and put a scarlet robe on him, and then twisted together a crown of thorns and set it on his head. They put a staff in his right hand. Then they knelt in front of him and mocked him. “Hail, king of the Jews!” they said. They spit on him, and took the staff and struck him on the head again and again. After they had mocked him, they took off the robe and put his own clothes on him. Then they led him away to crucify him.

"I Only Want to Say" (Royal Albert Hall)